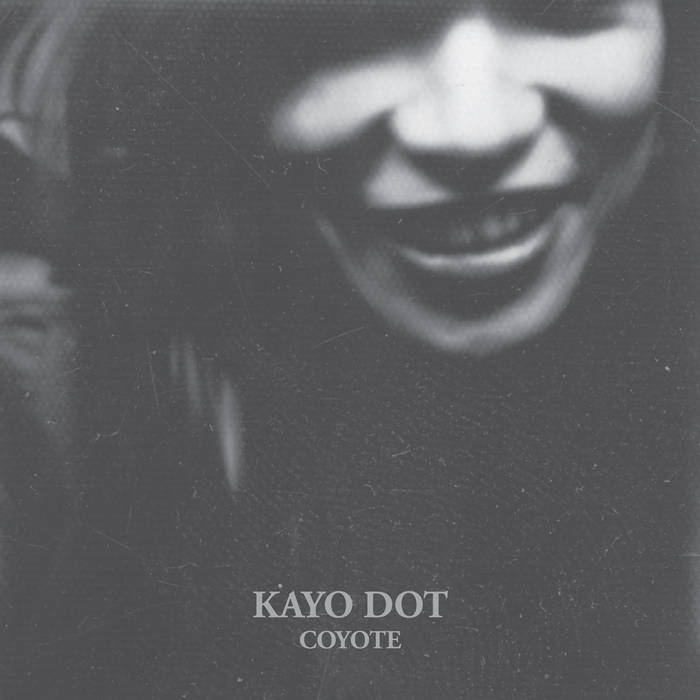 El Principe The horns on 'Coyote' wail mournfully—not unlike the eponymous canine—buttressed by shimmering bass and propulsive drumming that creates an atmosphere unlike anything else I've heard. Favorite track: IV. Abyss Hinge 2: The Shrinking Armature.

The Skree of Culloden

Coyote, Kayo Dot's fourth studio album, is a single, narrative-driven, long-form composition written with story and text provided by a close, terminally-ill friend of the band, Yuko Sueta, in the final stage of her life. Coyote was once again engineered by Randall Dunn (Sunn 0))), Earth, Six Organs of Admittance) in Seattle, Washington, forging a new genre of "goth fusion" which combines elements of early Cure, Faith And The Muse, and Bauhaus with Herbie Hancock's psychedelic album, Sextant, and Scott Walker's recent album, The Drift.The lyrics and story were constructed with deliberate melodrama to pay homage as well to the intended gothic vibe, expressing the protagonist's loneliness and longing to be in a better place, and her journey through her own personal looking-glass through a hallucinatory world of fear and wonder.

The musical objective this time around was to create a piece of music that uses the sonic aesthetic of this specific era of gothic art-rock integrated with a more modern-classical approach to form and architecture. To achieve this, Kayo Dot has put together a new instrumentation, which features trumpet (provided by former Candiria trumpet player Tim Byrnes) and alto saxophone at the lead, backed up by violin, keyboards, piano, organ, bass guitar, percussion, and a pronounced lack of guitar across the album. This album also marks the return of former Kayo Dot member, Terran Olson, whose contributions were heard on the band's 2003 debut, Choirs of the Eye, as well as with Kayo Dot's alter-ego, Maudlin of the Well. The music is also more rhythmically-driven than any previous Kayo Dot work, and being a performance-oriented composition, it was recorded mostly live (similar to 2006's Dowsing Anemone With Copper Tongue).Coyote also brings back some of the aggression absent from 2008's Blue Lambency Downward.